You old! But prost for still doing yo’ thang at the ripe age of 500. That’s right folks; Germany’s beer purity law, the Reinheitsgebot, turned 500 years old this year putting all other food quality standards to shame and giving us yet another reason to celebrate beer! By the way, you don’t look a day over 450.

Way back in the year 1516, you may remember this, Duke William IV of Bavaria signed a decree stating that three ingredients and three ingredients only would be allowed in the brewing process: water, hops, and barley. This law—with a name meaning “divine commandment” (wow Germany, just wow)—was born in the Bavarian town of Ingolstadt and quickly spread to the rest of the country.

And since you’re now wondering—yes, yeast would be added much later after it, you know, was discovered. Prior to that, I’m unsure what they thought caused all the bubbles or where all that mysterious alcohol came from. Beer magic? Delicious witchcraft? After Louis Pasteur discovered the role of yeast in the fermentation process (not voodoo, apparently) in the mid-1800s it was swiftly added to the short list of legal ingredients of the Reinheitsgebot.

Remember referring to the Reinheitsgebot as “Germany’s beer purity law”? During a time when just about anything sufficed as an ingredient, sometimes even poisonous or hallucinogenic (oops), the Duke was concerned about the integrity of Bavaria’s beer. Limiting what could be legally used to brew beer was his way of purifying their liquid gold and ensuring a safe and enjoyable product that doesn’t make it look like the walls are talking.

Controlling the price of beer was another reason for the Reinheitsgebot. With the ingredients set in stone (or… on paper I guess?), the price of a maß could remain static throughout the region (and later, the country). But really, why didn’t THAT part of the law stick around? One Pfennig? You’re telling me one maß used to cost only one German penny? Actually, nixing that was a pretty smart move on their part. There wouldn’t be any beer left to Ein Prosit with if beer only cost one cent for the last 500 years.

The third and final reason for the decree was to restrict brewers to using only barley and thereby relaxing the demand for other cereal crops such as wheat and rye. This meant bakers didn’t have to suffer the competition and bread prices could be kept low. You’ve got to remember, this was the 16th century and bread was HUGE. That and turkey legs, right?

The 500th anniversary of the world’s oldest food quality law is not going to slip by unnoticed. In Ingolstadt, the law’s birthplace, a public beer fountain was recently installed in the centre of town to celebrate the accomplishment. Public beer fountain? HELLO rest of the world—what are you waiting for? Another 500 years? Sheesh!

In Munich, from July 22-24, they are celebrating the only way they know how—with a beer festival! 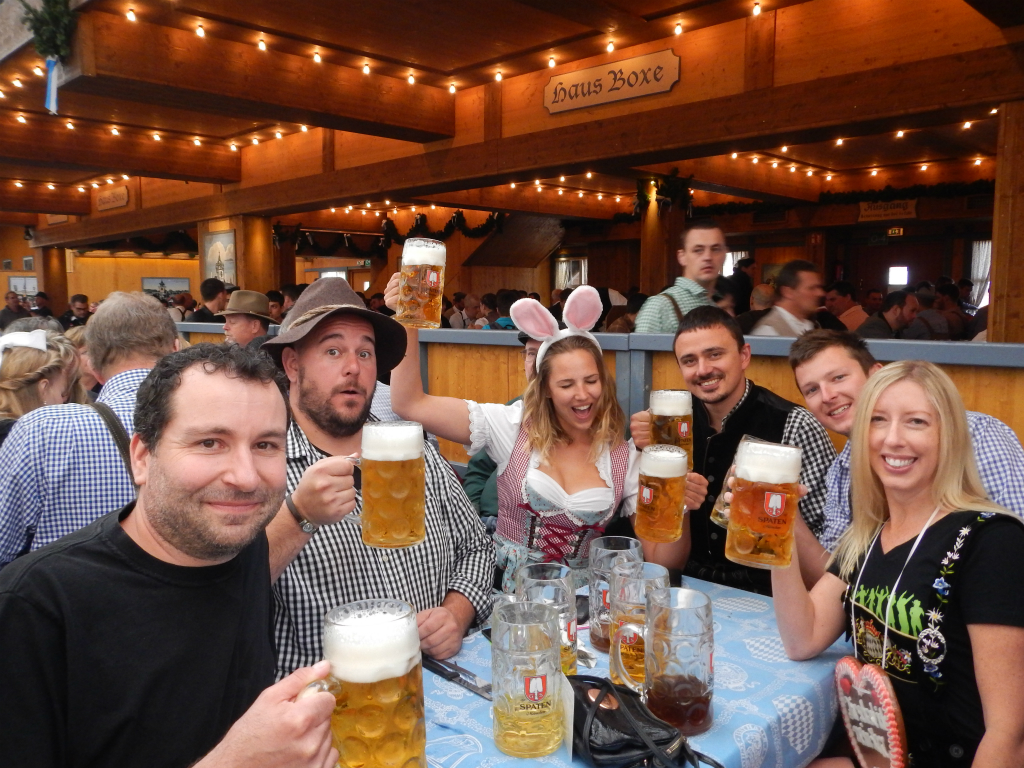 Has the Reinheitsgebot gone flat? Some say yes. Some say no. Some just mumble nonsense from the floor next to their bar stool. With the somewhat recent (in relation to the 16th century I mean) increase in the popularity of craft beer around the world, brewers in Germany feel archaic laws governing the legality of ingredients are stifling their creativity. Orange peel? No! Coriander? Gasp! Verboten!

The argument for the lack of diversity among German beers is a strong one but on the flip side is the stance of “quality over quantity”. It’s the Reinheitsgebot that’s credited with Germany’s still admirable beer reputation that attracts millions of beer drinkers to Oktoberfest, the world’s largest celebration of beer, and satisfies Germans right at home. (The Czech Republic may rank #1 for highest beer consumption per capita but Germany is a close second.) It’s the perfect marketing tool for promoting Germany’s beer image around the world. I mean, 1-cent litres would have been better but this is fine too.

Not to mention, with consumers nowadays favouring more naturally sourced and organic products, the Reinheitsgebot is on track to being the most popular kid in school. Or… the hippest dude at the old folks home because of that whole 500th birthday thing.

Want to examine the Reinheitsgebot for yourself? Check out our German beer tours to experience the best food law ever decreed. Prost! 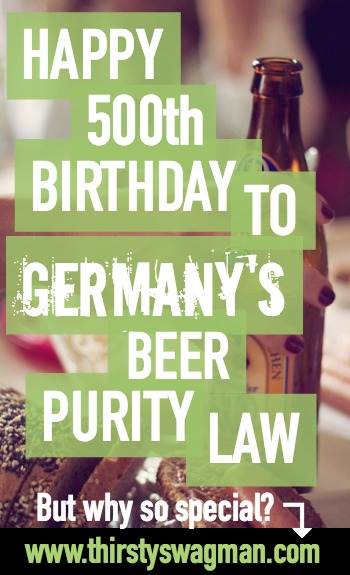