How to do Iceland on a Budget

Iceland had been on my bucket list for years before I finally found a cheap flight and bit the bullet. I knew Iceland was notoriously expensive, and being a freelancer I couldn’t afford a lavish vacation. But on the other hand, how could I turn down a trip to the land of puffins, geysers, and volcanoes?

I’m glad I went because Iceland is truly one of the most incredible places you’ll ever see in your life. In total, I spent about $1800 (with flights) for nearly three weeks. Sure, sometimes I opted for street meat instead of healthy grub – but it was all worth it. Iceland on a budget is totally doable.

Iceland on a budget | Off-season travel

Like most northern climates, Iceland’s peak season takes place between May and September. I went in October.

Now, presumably, October is a frigid month. But seeing as how I’m Canadian and our capital city is currently suffering -35 °C temperatures, a little bit of cold didn’t frighten me too much.

In fact, I’m more inclined to appreciate the perks that come with travelling off-season – like smaller crowds, the way cheaper prices, and zero travel complications (to name a few). Temperatures weren’t awful (somewhere between 5-10°C degrees most of the time), and prices were sometimes half of what they’d be during the peak season. The sun didn’t dip below the horizon until 5 pm on most days.

Another unexpected bonus: meeting the locals was super easy! I was travelling with three other mates and we had no trouble finding new Icelandic friends to hang out with every evening.

Iceland on a budget | Sightseeing

Great news! Sightseeing in Iceland is mostly free. You can stroll up to any waterfall, glacier, or mountain, and not have to pay any sort of park fee. Not for the Hverfjall crater, nor Þingvellir Park. The Blue Lagoon is well worth the expenditure, but you can also opt for cheaper (and less crowded) thermal baths, like the Mývatn Nature Baths or Seljavallalaug. 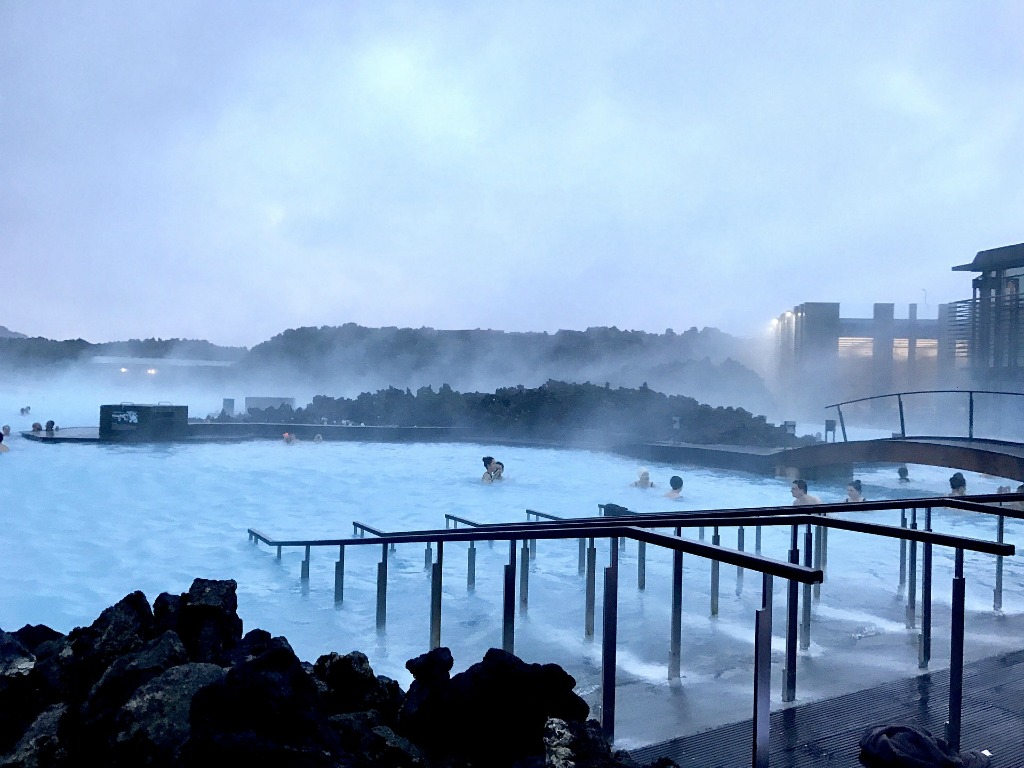 Iceland on a budget | Food and drink

Iceland really is all about epic scenery, but it’d be sad to pass up at least one booze-fuelled evening in Reykjavik (or Akureyri, for that matter). The nightlife in Reykjavik is pretty wild for such a small city with some amazing bars – beer wasn’t legalized until 1989, and now it’s like the locals are making up for lost time.

The nightlife doesn’t kick off until around midnight, though, as people like to spend less money by drinking at home before hitting the bars. Alcohol in liquor stores isn’t the cheapest either, so if you get a chance, pick up some duty free booze at the airport when you land. The liquor stores (Vínbúð) are sometimes few and far between.

If you’d rather not waste time spent at home drinking alone, seek out bar specials. Ölsmiðjan, for example, is a quiet pub with reasonably priced prints. The Kex Hostel bar also does great specials.

Food is a whole different story; it can be incredibly hard to find affordable meals throughout Iceland, so I recommend cooking your own meals whenever possible. The downside is, of course, you’ll miss out on some epic and weird Icelandic food! On my final night in Iceland, I won 5990ISK ($58 USD) at a shady Casino – and immediately cashed in my winnings at Tapas barinn, a restaurant featuring Iceland-inspired tapas. It started with a shot of Brennivín (Icelandic schnapps), puffin drizzled in blueberry sauce, and even lobster tails baked in garlic. Well worth the splurge!

Iceland on a budget | Getting around

A few friends and I rented a camper van from Kuku Campers for a few days and set out on the road. These campers typically fit between 2-5 people, and the bigger ones are fully stocked with a stove, fridge, and central heating. It cost about $55 a day — which, considering this covers both accommodations and transportation, is a great deal! (It does guzzle gas though.)

(Just remember to plan ahead for booking campsites, as many are shut down in the off-season and you don’t want to park on anyone’s private property. We made the mistake of parking on someone’s farmland and were promptly kicked off.)

Otherwise, you can rent a rust-bucket from SADcars, where the cars typically have 10 years of mileage. They’re super cheap to rent, and although I didn’t have any problems, one of my friends had her key crack off in the ignition once. So, that’s fun.

Hitchhiking is also safe and easy to do in Iceland. The locals are used to seeing backpackers looking for rides by the side of the road! 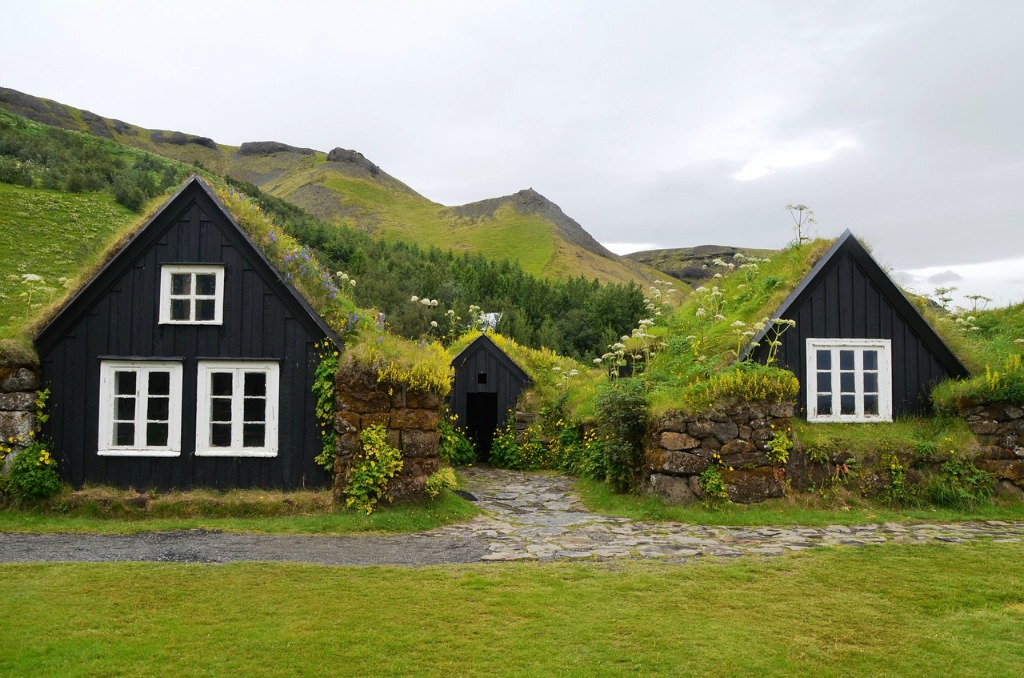 Iceland on a budget | Accommodations

I mostly used Airbnb for my time in Reykjavik, and was able to find private apartments for about $40 a day. The rooms weren’t exactly glamorous, but for the most part, things were fine. Accommodations get a whole lot cheaper in the off-season!

Most hostels even in the most remote areas of Iceland are open in the off-season. Some places I stayed in were pretty much empty, which isn’t a whole lot of fun if you’re looking to make friends and mingle. My favorite was the quiet (and kitschy) Bus Hotel, which also partners with SADcars (so you can get further discounted rates). If you can bring your own bedding, even better — you’ll get charged for sheets and blankets otherwise.

But if you want to really get to know the locals, trying Couchsurfing. I ended up with a private room in a woman’s home in Husavik, and then I stayed with a fisherman named Vidir in Akureyri. He’s hosted huge numbers of people in the past — including 20 or more people at once. He’s like a Couchsurfer collector. He made me a cod dinner one evening and then took me out whale watching.

Fancy a jaunt through the magical land of Iceland? Claim your spot on our Nordic Rock tour now for 9 nights of Scandinavian fun! 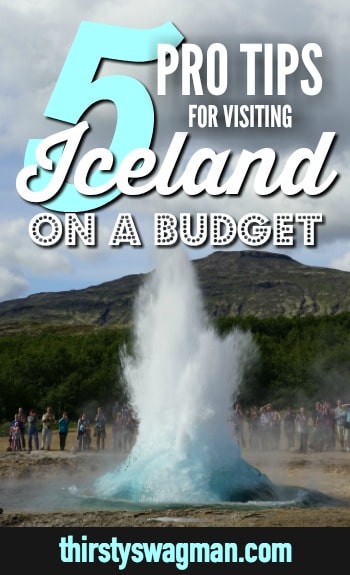