Are you thinking of planning an epic German adventure this year? No, we’re not talking about guzzling an entire year’s worth of beer at Oktoberfest in Munich. (Though, we’ll admit, that would be truly epic.) And no, we’re not talking about reveling in the nightlife of Berlin, either. Let us (re)introduce you to Hamburg, the German city with a population of 1.8 million that needs to be on your radar.

So what exactly makes Hamburg worth a stop on your European itinerary? From early Beatles trivia to getting your drink on in unexpected places, here are six fun facts you might not know about Germany’s second largest city.

The Beatles launched their career in Hamburg.

Most people associate The Beatles with Liverpool, but did you know that the English rock band regularly performed at clubs in Hamburg from August 1960 to December 1962? The city was so influential in the band’s formative years that John Lennon even remarked, “I might have been born in Liverpool, but I grew up in Hamburg.”

Hamburg shaped more than just their performing skills and burgeoning reputation, too: the Beatles met Astrid Kirchherr here (whom Wikipedia helpfully suggests “should not be confused with Ashton Kutcher,” because of course that’s who you were looking up). Kirchherr, a German photographer and artist who was engaged to original Beatles bass guitarist Stuart Sutcliffe, was apparently instrumental in their adoption of the famous “Beatle haircut.” Who knew that Hamburg would shape worldwide hairstyles in the mid-1960s?

In fact, there are some other famous faces you may recognize from Hamburg.

Guess what Angela Merkel, Karl Lagerfeld, Johannes Brahms, and Felix Mendelssohn all have in common? Yep — the current Chancellor of Germany, fashion designer, and two composers, respectively, were all born in Hamburg. And if you like following Leonardo diCaprio’s dizzying love life (we swear he goes through models faster than our iPhone batteries drain), it turns out that he’s into Hamburger ladies: his ex, supermodel Toni Garrn, hails from Hamburg as well.

It has more bridges than anywhere in the world.

Move over, Venice. Scram, Amsterdam. If you love bridges, then Hamburg is the place to be: it has more bridges inside its city limits than any other city in the world. In fact, its numerous streams and canals are crossed by roughly 2,500 bridges — more than London, Amsterdam, and Venice combined. If you love Amsterdam and its canals as much as we do, Hamburg may just steal your heart. It has the first zoo with without cages.

Open since May 1907, Tierpark Hagenbeck is a zoo located in Hamburg whose claim to fame is being the first zoo to use open enclosures surrounded by moats instead of barred cages. Founder Carl Hagenbeck, Jr. sought to make the animals’ environments more natural this way, and also revolutionized the layout of zoos by grouping animals together by species. He even used hard numbers on how high and far animals could leap (well, data estimates compiled while running his circus, anyway) to ensure that the animals couldn’t cross the moats and/or pits that surrounded them. The zoo is still family owned and run to this day.

We all know that daily commutes on public transportation can be soul-crushing, sweaty, and boring as hell if you don’t have crazy subway hip hop dancers to entertain you. (I’m looking at you, New York City.) Germany’s VHH bus company, which serves the city of Hamburg, knows this and has installed bookshelves in its buses right behind the driver. Simply pick up a book and get down to reading, thus instantly lifting your commuting spirits. And if the book’s so riveting that you can’t put it down? No problem: you can even take it home with you. Just be sure to bring it back and place it back on the bus bookshelf when you’re done — it’s the honor system here, folks.

It’s perfectly fine to get a little tipsy and buy fish on Sundays.

One of Hamburg’s biggest visitor attractions is its fish market, or Der Fischmarkt in German. Every Sunday from 7:00 to 9:30 AM, thousands of visitors (including revelers who’ve been out since Saturday night) descend on the St. Pauli Fischmarkt in search of fish, fruit, flowers, clothing, and souvenirs. Perhaps the best part, in our humble opinion, is that it’s totally cool to get a bier here at 8:00 AM and nobody will bat an eye. Pair it with a delicious fish sandwich, and you’ve got a completely balanced breakfast.

Ready to explore Hamburg’s scenery and nightlife? Claim your spot on our Nordic Rock tour for 9 nights of Scandinavian and German fun! 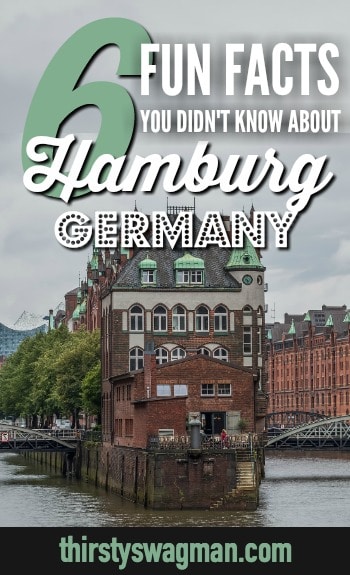